Ayrshire IT Support for Business

Are you sure that's a genuine Wi-Fi hotspot?

You then connect to the free Wi-Fi that is available, but it strangely looks very slightly different from the normal way you login there but your now on the internet so you simply carry on as normal sending and receive emails, working on your presentation for tomorrow’s meeting, and maybe even pay a few bills too whilst you have the time.

Then a few weeks later you are receiving all sorts of “colourful” emails and your bank account has many strange transactions appearing. This is because someone had spoofed the name of their Wi-Fi so that it looks like it is the name of the Wi-Fi network you want to connect to and have now got all your information to use as they wish.

What is spoofed Wi-Fi?

Stop – and think – before you connect to any public Wi-Fi spot.

When you’re out and about, it’s easy to connect to a business’s Wi-Fi without a second thought.

But the fact is, public Wi-Fi is a prime target for attackers.

Cyber-criminals create spoofed Wi-Fi access points that look like the real deal. Which is why so many people get caught by this type of attack.

They sit between you and the internet. So they get a copy of all the data you’re sending from your device.

It’s so lucrative, that it’s estimated up to a quarter of all public hotspots are spoofs.

Good news – there are ways to prevent any data from being stolen.

For more information about this and other ways to keep your data safe, please get in touch with us today.

What is the different between spoofed Wi-Fi and a man in the middle attack?

Spoofed Wi-Fi is the act of pretending to be a Wifi network or point of access, often in an attempt to gain access to information including usernames, passwords, and other sensitive data. Fake Wi-Fi networks can be created by software on computers, or by hardware devices that impersonate the wireless access point. The network name, or SSID, is what allows your computer to connect to a Wi-Fi network. If you see an SSID that does not match the name of the business you’re in, do not sign in. Other than spoofed Wi-Fi, there are several other types of man in the middle attacks. These are the man-in-the-middle attack, the network sniffing attack, the man-in-the-middle-relay attack, and the reflected attack.

windows 11 the wait is over 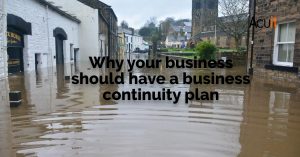 Why you need a business continuity plan

TEAMS: Only allow interruptions from your boss

TEAMS: Stop the pings with Do Not Disturb mode

Looking for Business IT Support in Glasgow?

Contact us today. We’ve got plenty of ideas to make your business more efficient.

Drop Us a Line

Based in Glasgow we have been providing IT support & IT helpdesk to businesses, charities and not-for-profit organisations in Scotland, Since 2005..